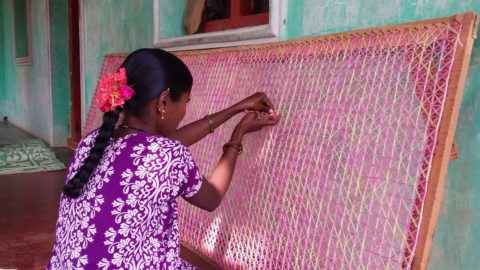 Shahnaz Begum had thought of herself as just another resident of Mundwad Village who had lived with her now-retired army-man husband in various parts of India while he served the nation, and who would now live out the rest of her life in her village, hopefully in peace, and certainly in anonymity. But that was before CherYsh did a Skills Mapping exercise in her village and discovered, quite by chance, that she had expertise in ‘Khila Work’ – a tapestry technique using nail and board to weave strips and squares.

» Read more about: Mundwad Shawls and Stoles : A Rural Entrepreneurship  »